The History of Boží Oko

Homestead built on a rectangular ground plan in so called three-sided setting which was based from the main homestead frontage, turned to the village square connecting to one side, the residential house and to the other side, the granary together with agricultural areas. On its left side, the granary is connected with the residential part by a passable wooden gate with doors and an entrance to the courtyard. Both the residential house and granary head towards the village square, which allows for a rich architectonic division of both gables. Cowshed, stables and hovel were all I addition connected to the residential house. Further behind the granary stood barns, which were facing the courtyard. Both of these rows of buildings were finally connected by a large barn with massive door, allowing a passage through the whole homestead right to the backyard and fields. Water well used to stand under the windows of the homestead. 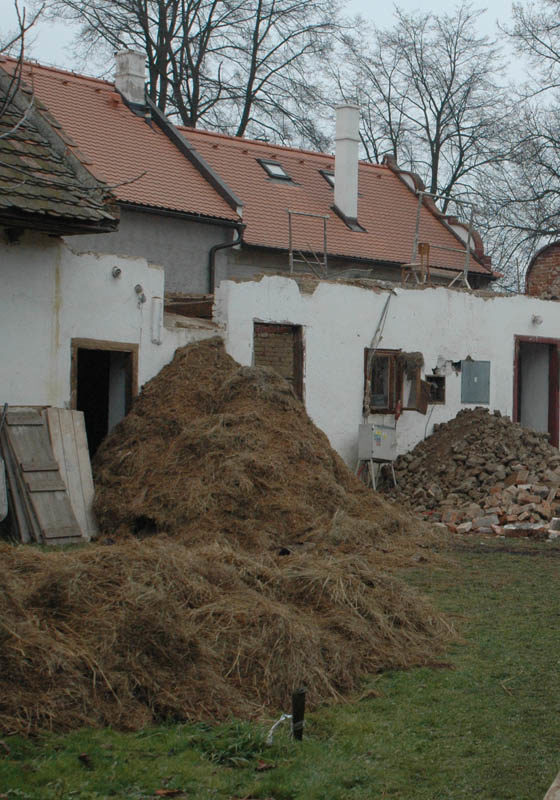 The owner bought it as a long years decaying ruin on autumn of the year 2005 and begun an extensive reconstruction the year after in 2006. The first part to be reconstructed was the residential area with the view to the village square. There were even remains of black kitchen found in the residential area. Few months after, the cowsheds and the outhouse connecting to the residential part were also reconstructed. These premises are now occupied by the owner and her family together with hotel personnel. In the next following years, the reconstruction of the granary took place and continued for a long time. The area of the granary was roughly plastered using the Šumava spry method and it even has its own cellar with rolled arch. The frontage of the granary is richly decorated by ornaments. The granary is now used to accommodate our guests, who prefer a separated house and who want to feel the perfect atmosphere of country history. On the premises of following stables, 6 apartments were built with some of them having preserved the original stone walls. The reconstruction of the granary and stables was finished in the year 2009.

Reconstruction of the Barn

Following the previous reconstruction, the barn was the next challenge. Restaurant together with the open kitchen, wellness, fitness and 6 spacious apartments were all built on the space of former barn. Large garden with three ponds and a terrace was also built during the reconstruction. Considering occasional heavy rains which caused a running water and mud to reach the courtyard from the fields, there had to be vast ground works and drainages done in order to prevent the mud flows.

Baroque homestead Malé Chrášťany no.5 (Boží Oko 2) from the year 1856 was bought in 2008 in a very bad state as well. Reconstruction begun not until the year 2013 and the homestead welcomed its first guests in July of 2014. For now only the residential part was rebuilt where 5 new rooms now host our guests. Moreover, the second granary was partially reconstructed by building a new floor, roof and facade. During the reconstruction of the residential part, a buried cellar with rolled arch was found. The adjacent barn is also partially reconstructed in the old style by using the original old wood beams. All years of the reconstruction were carefully under the supervision of the heritage care institute and heritage department of the building authority, which often had impossible to fulfil demands. 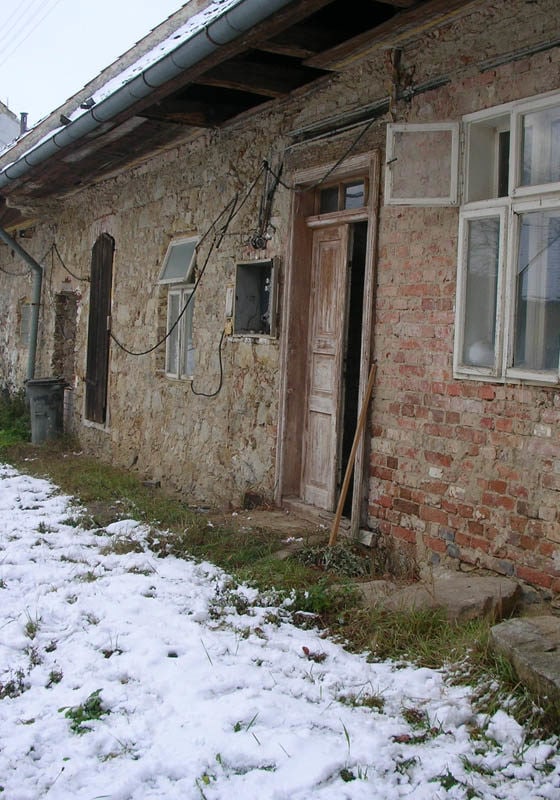 We had to approach the reconstructions of both homesteads very gently due to heritage protection. Original arches were preserved together with original stone walls, some floors include the original old planks and bricks and roof covering had to have very specific dimensions due to the demands of the heritage authorities. One of the most challenging things was the renovation work of the stucco ornamental decorations visible on both frontages of the two homesteads (about the frontage decoration in the tabs Rural Baroque and Why God ´s Eye.)